this blag post is, unfortunately, not about blåhaj, although they may make an appearance later on, so keep on reading 1

haskal you lied to me

we'll use a better language later i promise

this is a pretty trivial TCP echo server. it accepts connections and echoes back up to 128 bytes of input

but there's a problem:

the server only handles one connection at a time! which is kind of a problem!

because of the purely sequential way we wrote this program, we can run into situations where it takes longer than really necessary for clients to get responses from the server. for example

the key observation is when you make programs that interact with the Real World™, the Real World™ might not do stuff in the order that you expect. so instead of sequentially programming in a certain order, where each step blocks until a specific Real World™ thing has occurred, it's smarter to handle Real World Events™ in whatever order they actually happen in.

the event loop is a way to structure programs that can respond to events in the order they actually happen in. which is useful!

the typical mode of operation is the program registers interest in a certain event occurring, in the form of some code that will get invoked when the event does occur. then, the event loop runs the code once it gets that event. events could be Real World things, like getting a new TCP connection, or data being available to read, or an alarm set to go off at a certain time, or even internal events that are manually triggered by other parts of the program

so let's upgrade this code. luckily there are cool libraries2 that do the event loop infrastructure for us, so we just have to add callbacks and get notified

notice how in this version, instead of just calling functions that depend on Real World Interactions whenever we want, we call the functions only when the event loop library has notified us that the associated event has actually occurred (actually not really 3)

haskal this code is awful and verbose and really clunky

yeah! event looping is not a zero cost abstraction (sad ferris noises), it makes you have to split up your code into all these chunks that go into callback functions which handle responding to events and then schedule more callbacks to run later. it's verbose. but despite this, some programs are written in this clunky callback-based style. notably, JavaScript, before the standards people4 got ahold of themselves in 2017.

unfortunately we can't really fix this problem in a bad programming language. this is where we introduce an important new language feature that makes writing evented code way easier

a coroutine is an extension of a function. or like, precisely, the set of coroutines is a superset of the set of functions. coroutines add 2 cool new features to the function we all know and love

this is python, and in python we use the async keyword to mark that a function is a coroutine, not just a regular function. additionally, we use await to define a sort of "chained suspend point", which will pass any suspends of other_function through to the caller of my_coroutine, and if something else has been awaiting my_coroutine then it will be passed to the caller of that, and so on. to define a single non-chained suspend point, you make an object and define the await magic function, then await that 5 but your runtime probably won't like you if you do that

coroutines that can suspend are great, but they need a caller to suspend to. the runtime is the boundary between coroutine land and the boring normal world. the runtime invokes coroutines, which will suspend and return back to the runtime at some point, and then the runtime can go call or resume other coroutines

yeah! the coroutine runtime is an event loop, except instead of being constrained to invoking callback functions it can also resume coroutines in response to events that it gets. so at a high level, await registers interest in some event and suspends the coroutine. then, the runtime resumes execution from the await keyword once the event is invoked. this allows writing code that looks sequential but can actually be run concurrently with other code

haskal this sounds a lot like the operating system's thread scheduler. why bother?

yeah, but the main advantage is scheduling in userspace is a lot faster. switching between userspace and kernel space can be really expensive, and OS thread objects are heavy, while coroutines can be suspended and resumed instantly, and you can easily create like, thousands, or even millions of them, which you can't do with OS threads

so here's the same server but in python

here, asyncio.start_server expects a callback but the content of the callback can be written in a sequential-looking way. but don't be fooled! this server can handle multiple clients at the same time just as well as our callback-based C code. and for larger scale programs, trust me, this style of programming is way cleaner than the billions of callbacks you'd have in a callback-based event loop

aside: coroutines actually aren't magic either

we can actually transform this into a plain function with a few steps. first, move the stack to the heap

create a state variable, and lift the code into a state machine split around each await keyword

and convert calls to set up a frame on the heap. to resume the coroutine, increment the state variable in the frame and call the coroutine function again. and that's basically it

when your language has actual continuations

i wanna demo racket because it does things a bit differently

coroutine syntax in python, for example, is very clearly slapped onto the language after the fact. but in racket, userspace scheduling is an integral part of the language, and rather than having explicit syntax like async and await racket code will be suspended, scheduled, and resumed fully automatically. racket has first-class continuations7 so it's pretty natural

no visible await or anything! but this code will still handle multiple clients at the same time, like you'd expect. thread doesn't create an OS thread but a green thread that is scheduled in userspace. and functions like tcp-accept and read will automatically suspend and be scheduled for resumption when the corresponding event is ready -- and of course in the meantime other code can run

with async-style programming you can really scale up to doing a legitimately ridiculous amount of stuff concurrently. to leverage async concurrency you basically need 3 tools

for example, a common task in Highly Concurrent Async Code might be to get through a list of tasks using a certain number of "active jobs", maybe also while printing progress to the console. as an example application, consider a web crawler that has to go through thousands of pages, and ideally wants to go as fast as possible.

this maintains a list of NUM-JOBS active green threads executing tasks, and adds to the list as necessary, while printing a fancy status to the console, and it's pretty straightforward. imagine writing something like this with callback-based code. yikes.

this maybe didn't go as in depth as might be useful. but the point is, async-style code and event loops aren't meant to be scary or magic, it's not a mega complicated programming monster, it's just a way to write efficient concurrent programs. coroutines and green threads are a way to allow parts of code to be suspended and scheduled in userspace, which lets you write programs almost the same way as you would in fully blocking sequential code, but with the advantage that other parts of the code can run while it waits for the necessary Real World™ events, in a manner that's more efficient and scalable than OS threads. so hopefully you get why this is cool and useful now 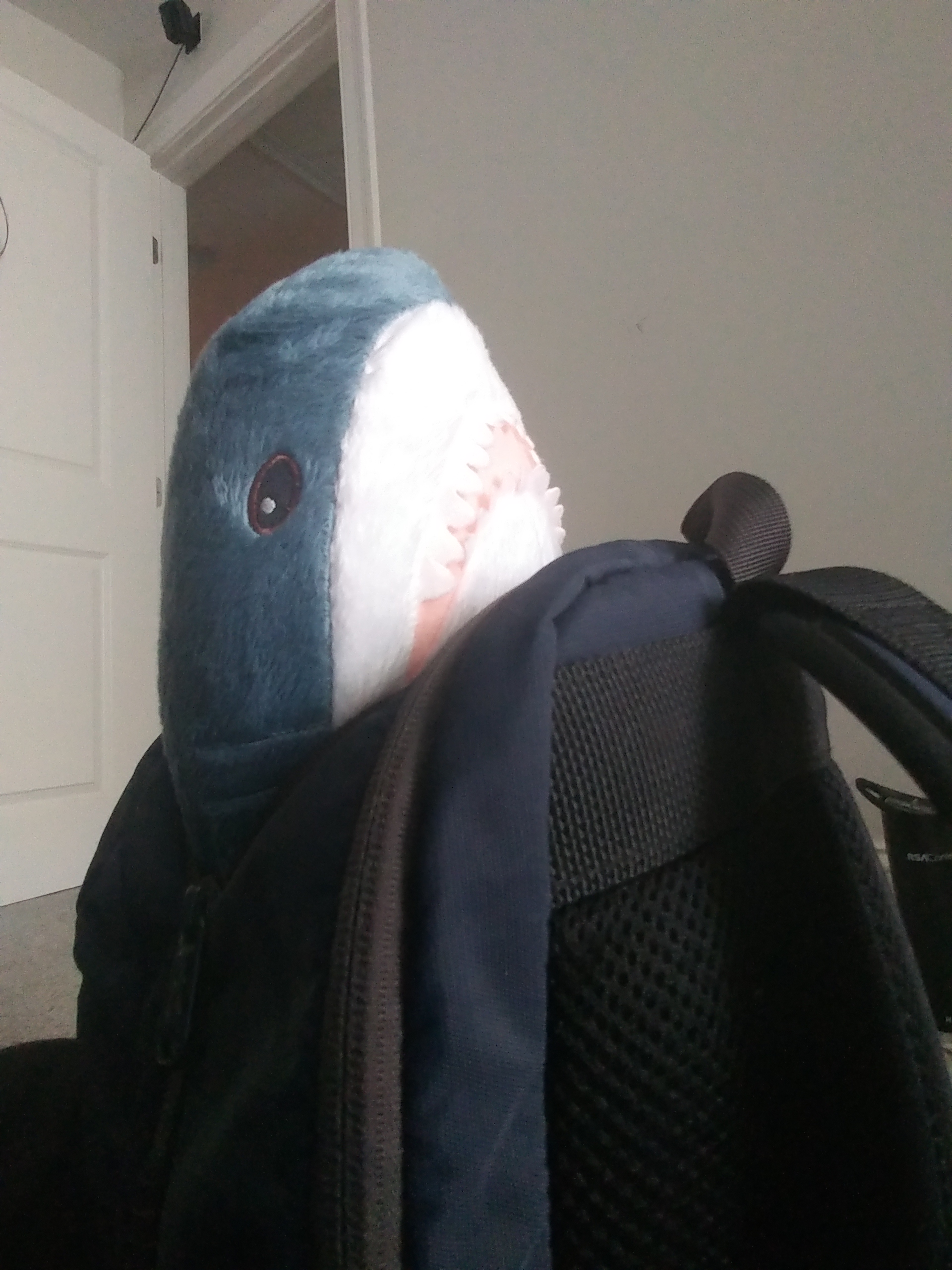 i also use the docs for this as an example of how to write good fucking software documentation. i wish all library docs were like this. gods.

for certain reasons these things are allowed per spec to lie to you about events -- eg telling you that a socket is available for read() when the read call would actually block. this might not actually happen in practice but we code defensively anyway

for example from the man page of select(2), one of the POSIX mechanisms for getting event notifications from the operating system for your event loop, which libev might use as a backend:

On Linux, select() may report a socket file descriptor as "ready for reading", while nevertheless a subsequent read blocks. This could for example happen when data has arrived but upon examination has the wrong checksum and is discarded. There may be other circumstances in which a file descriptor is spuriously reported as ready. Thus it may be safer to use O_NONBLOCK on sockets that should not block.

as i understand, the standards people are Google. and also Google. and maybe some more Google

you might recognize this sort of behavior as generators and await as yield from and __await__ as __iter__ and that's because yes in python coroutines are actually generators, and the syntax actually used to be yield from once upon a time. now, coroutines exist as a second generator implementation parallel to real generators because that allows you to make coroutine generators

the coroutines TS is really cool. the problem is it requires ridiculous amounts of supporting line noise to actually work :(

i suppose python asyncio is basically line noise too though