if you're on manjaro, you can install ibus-uniemoji from the AUR and also go ahead and install the optional dep python-levenshtein. on other distros look for an ibus-uniemoji package, and if there is not one you can do the evil make && sudo make install from source or try to package it yourself. i've never really tried to do anything like that

to enable ibus-uniemoji on GNOME, log out and back in, then in the GNOME settings / region and language add uniemoji (in + > other > uniemoji) 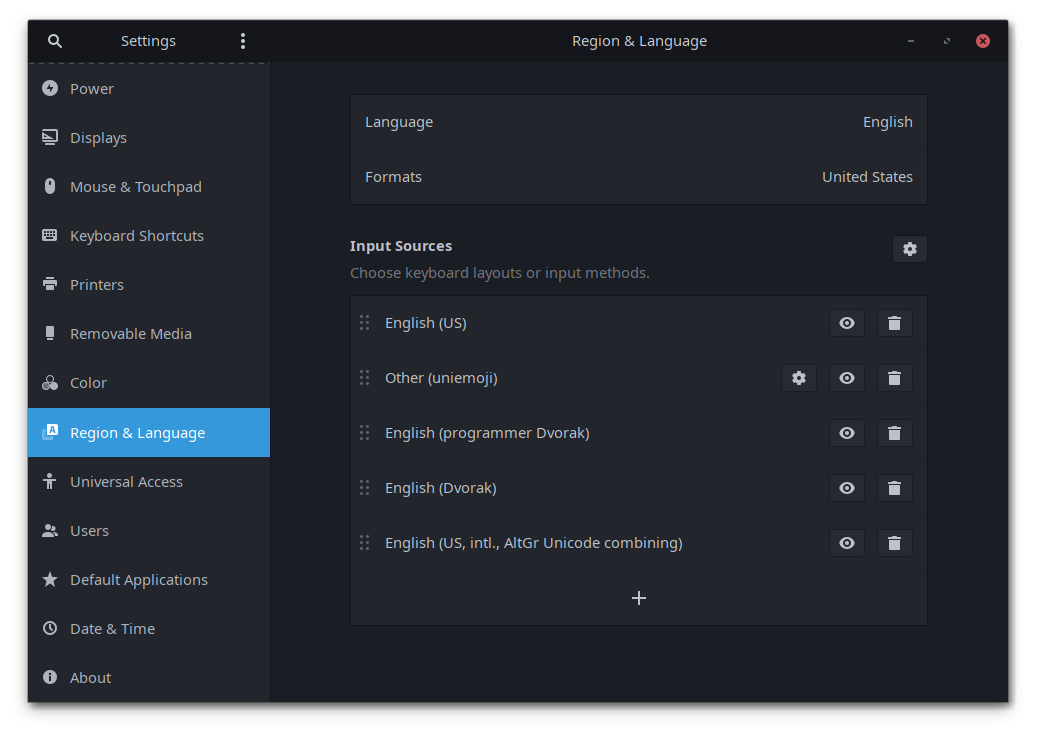 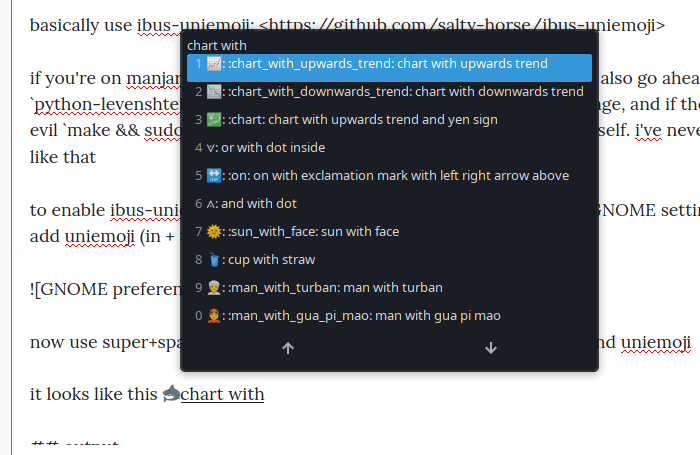 on KDE it's a bit more obtuse. enable the following in /etc/environment

log out and back in for that to apply, and ensure that ibus-daemon --xim gets started in your session, which happens automatically on manjaro. if you need to start it manually, use ibus-daemon --xim -d. there should be a tray icon for ibus, use that to open ibus settings and add uniemoji as an input method. now you should be good to go

i always just use the noto color emoji fonts (noto-fonts-emoji). there are alternatives, look in your distro package manager for any color emoji packages. if you use a distro that does the font-config stuff for you then you're good to go, except for firefox sometimes which doesn't listen because firefox. though i don't think i've had any issues with firefox for most of this year so perhaps something got fixed with that

most modern terminals have good support for emoji. don't use st, because st apparently crashes when i send an st user an emoji over IRC. quality software™ 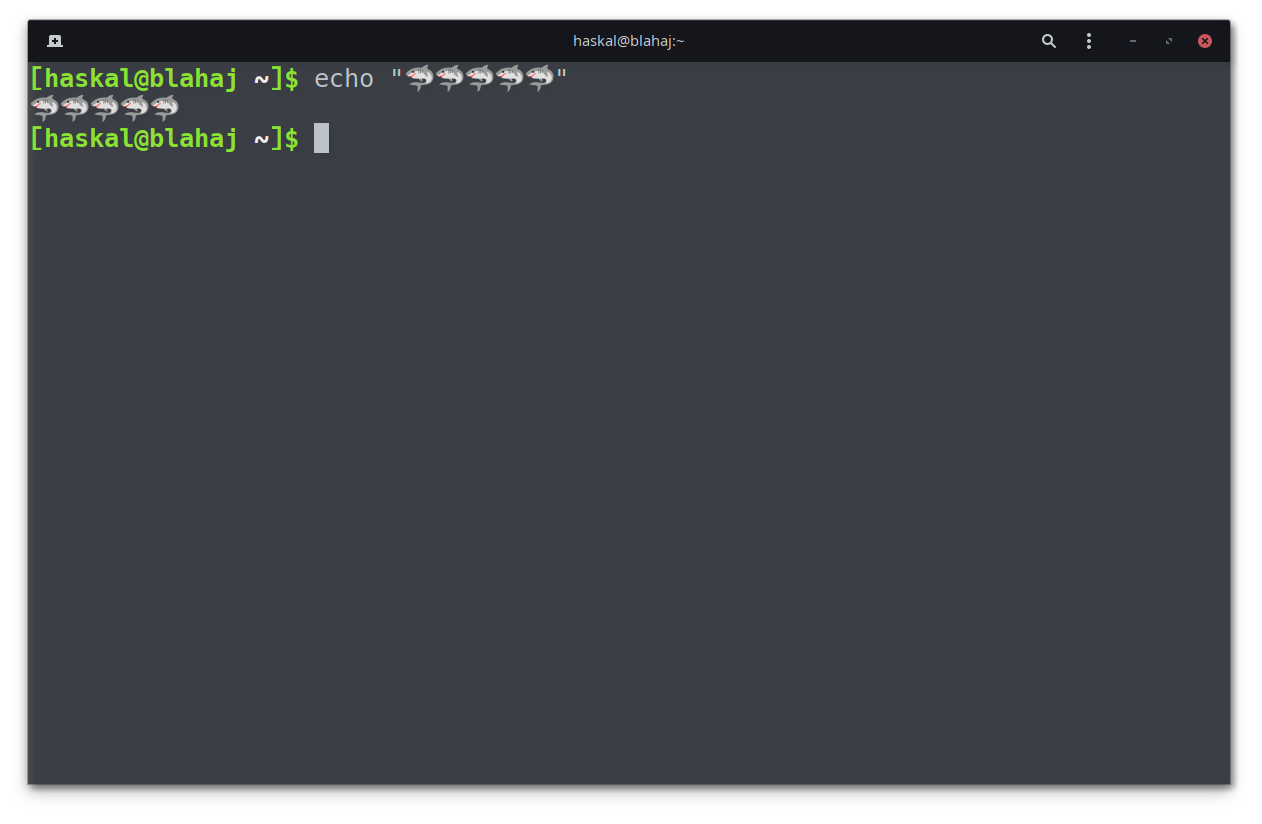 you'll need absolute latest bleeding edge LuaLaTeX with support for harfbuzz rendering. this means a 2020 texlive version because this feature literally just got added to mainline releases this year. eg 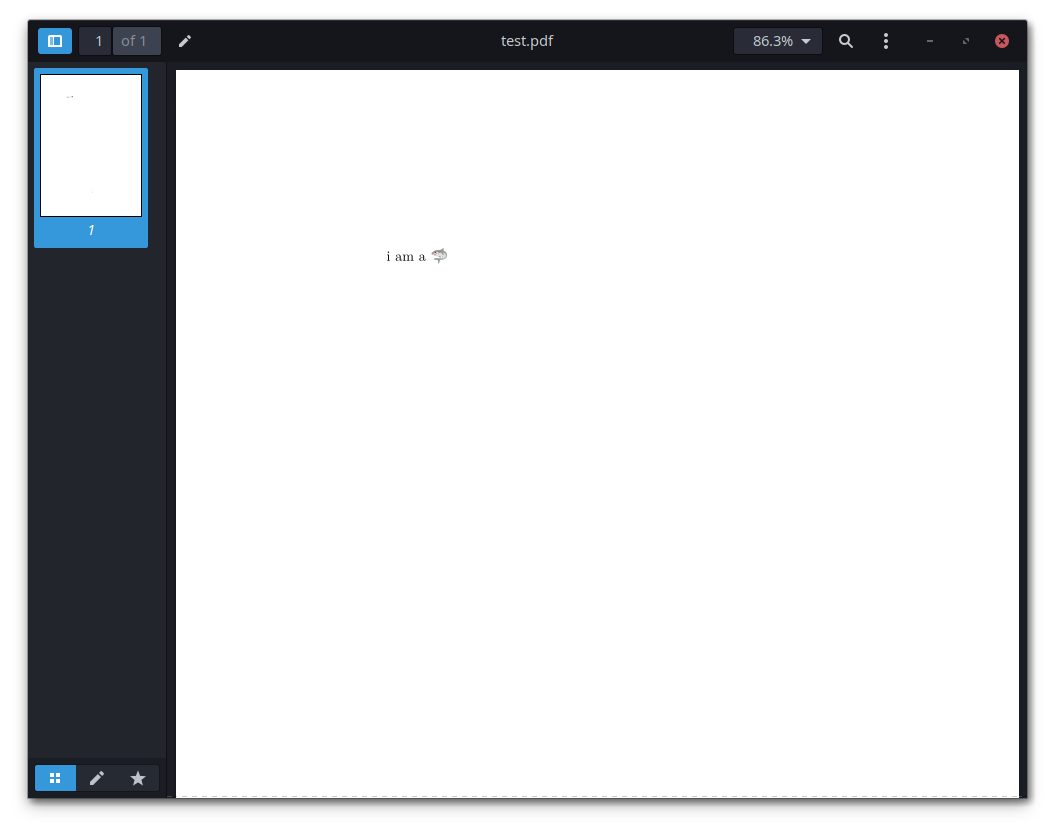